The change in social norms in the Mafia's territories: the anti-racket movement of Addiopizzo 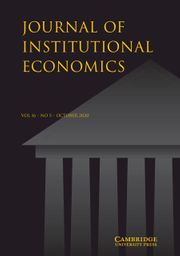 New paper 'The change in social norms in the Mafia's territories: The anti-racket movement of Addiopizzo' by Giulia Andrighetto and Francesca Lipari just published on the Journal of Institutional Economics

Social norms pervade society and when they conflict with legal norms, the former undermine the latter making them ineffective. In this study, we propose that the extortion racket in Sicily has turned into a social norm and this is why recent top-down interventions have failed in stalling this socially undesirable activity. One exception is represented by Addiopizzo, a grass root movement that uses non-legal means to fight the racket phenomenon in Sicily. During the last 15 years, Addiopizzo was able to produce an effective reduction in the payment of protection money in the Sicilian city of Palermo by triggering, we suggest, among other things, a process of change in social norms. Acknowledging the importance of a change in social norms to achieve social change allows us to link the theory of institutions as ‘rules’ with the theory of institutions as ‘equilibria’.