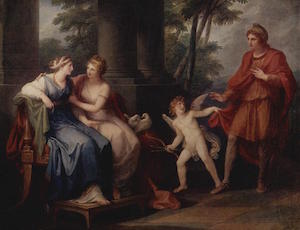 Imagine that you want to get a job at an advertising company and want to convince the recruiters that you are highly committed. What could you do to convey your commitment to the company? And what should they be convinced by? Simple: take an action that is hard to fake by uncommitted job-seekers—the harder to fake the better. Presenting them with well-regarded past experience should be a good signal. Failing that, you could always stand outside their offices telling them that you will not leave until you get an interview (as one committed job-seeker did in London). This is a concrete application of signalling theory.

It refers to a group of mathematical models that are used to understand communication in humans (and non-human animals). It addresses two central questions. How should people communicate to convince others? And what communicative acts should perceivers believe?

Developed in economics (Spence, 1973, 1974) and in biology (Grafen, 1990; Zahavi, 1975), signalling theory is now used by a range of social scientists including political scientists and sociologists (see Gambetta, 2009).

It proposes, put simply, that people should take communicative actions that others, who would be lying, could not take, and that others should only believe those actions that cannot be taken by would-be fakers.

This powerful theoretical framework is used by LABSS members (Gambetta & Székely, 2014) and provides deep and subtle insights into human behaviour.