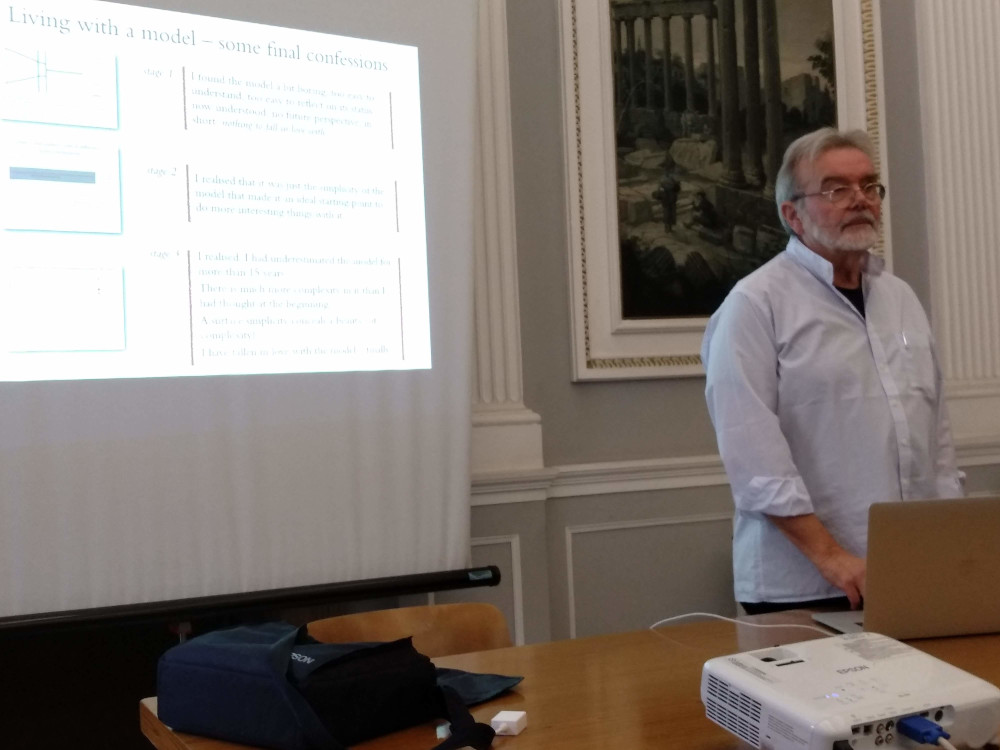 Rainer Hegselmann, born 1950, studied philosophy, sociology, and political sciences at Ruhr–Universität Bochum. He took his PhD from Essen University with the thesis „Normativity and Rationality – The Problem of Practical Reason in the Analytical Philosophy“. 1983 he got his ‚habilitation‘ at Karlsruhe University with his second book „Formal Dialectics – A Contribution to a Theory of Rational Argumentation“. He received a venia legendi for the whole discipline philosophy.

In the years 1986 - 1988 Rainer Hegselmann was a Heisenberg-Scholar of the Deutsche Forschungsgemeinschaft (DFG). In 1988 he got a full professorship for practical philosophy at Bremen University.

In 1996 Rainer Hegselmann accepted a chair at Bayreuth University. There he designed and developed the BA- and MA-course program Philosophy & Economics that then inspired many other study programs in Germany and abroad. In 2010 he became additionally director of Bayreuth Research Centre for Modelling and Simulation of Socio-economic Phenomena (MODUS).

Rainer Hegselmann’s early research focused on foundational questions in ethics, logic and theory of argumentation, and the history of analytical philosophy, especially the logical empricists’ emigration under national socialism and austrofascism. Later he focused on modelling and simulation of social dynamics, especially the evolution of solidarity networks or the dynamics of opinions within groups. A model developed by him and a mathematician of Bremen University is now well known as the „Hegselmann-Krause model“.