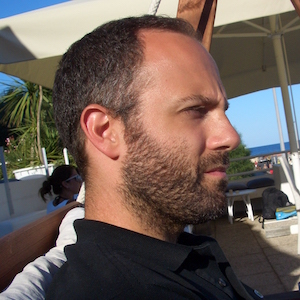 Marco Campennì is a Postdoc researcher at Department of Psychology, Arizona State University, Tempe, AZ. He worked at the Laboratory of Agent Based Social Simulation (LABSS) until 2010.

He received his Ph.D. in Cognitive Sciences from the University Tor Vergata, Rome, Italy.

His research activity is focused on the study of social behaviors in human and non-human animals, especially non-human primates.

The typical case-study he’s interested in is the foraging behavior: he uses agent-based modeling to test theoretical hypotheses about cognitive strategies, the ability to have plans (e.g., a set of goals ranked by priority) and the social dynamics emerging from inter-individual interactions. When possible, he uses GIS data to make the artificial environment as much plausible as possible.

He is also interested in analysing ecological data, using tools from mathematics, statistics and artificial intelligence.